I played about 1'000 hours (counted by GoG) with different farms.
Counted over all farms, I had:
- the fairy 2-3 times (actually not so often like the witch)
- the witch almost in every game at least once
- meteor at least once per game
- got a prismatic shard twice on the first day when the bridge was repaired an I had access to the quarry.
- got a lizard egg from a fishing chest really early in a game
- had several mushroom trees (after I found out, how to get them, it's easy to accomplish)

I don't know if it counts as luck, if you go to a store with a purpose in mind (Robin -> build something, Marnie -> buy animals, Clint -> open geodes or upgrade tools) and nobody is there and after a look in the wiki you know, they have their yearly appointment with Harvey.

I have over 1000 hours in and have never seen the capsule or gotten the owl statue (I do leave open space on my farm...even though not much)

I did get the meteorite early on my first play through. Sat there for ever, finally upgraded my pick, smashed it. Another one fell soon after :)

I got a bunch of mystic stones in the normal mines (Mountain) My first playthrough. I havent seen them there ever again. Also the first mystic stone I broke had a prismatic shard.

Rotan said:
I have over 1000 hours in and have never seen the capsule or gotten the owl statue (I do leave open space on my farm...even though not much)
Click to expand...

Must have just been unlucky. I had a small patch of open field, slept for 2 years and got both of them.

Magically Clueless said:
my rare event is a very sad one, one of my chickens was eaten by wolves ):
this was a very long time ago, and it only happens if you lock your animals out (and even then i think only a certain percent chance it happens). i would always check my animals inside before i closed my barn and coop, but one time i closed my coop without checking and it turns out one of my chickens was still wondering outside. i went to bed, heard this AWFUL howl, and when i woke up, all my chickens were shaken and i was missing one. i was so upset that i restarted from the previous day LOL
Click to expand...

Aww, that’s so sad! I think there’s no consequences, even in winter, for leaving the door open except they’re harder to track down in the morning.

Playing new farm, winter year 1. Saw the passing train with presents, got 8 pairs of leprechaun shoes thrown at me. Maybe that was some kind of union protest to better working conditions of Santa’s elves 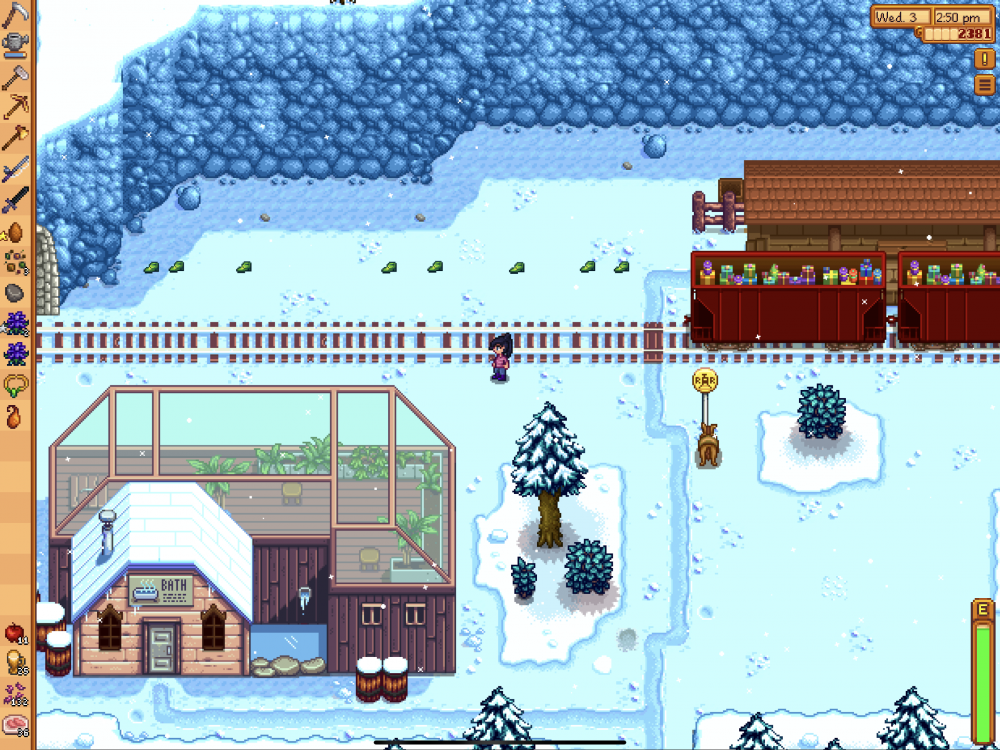 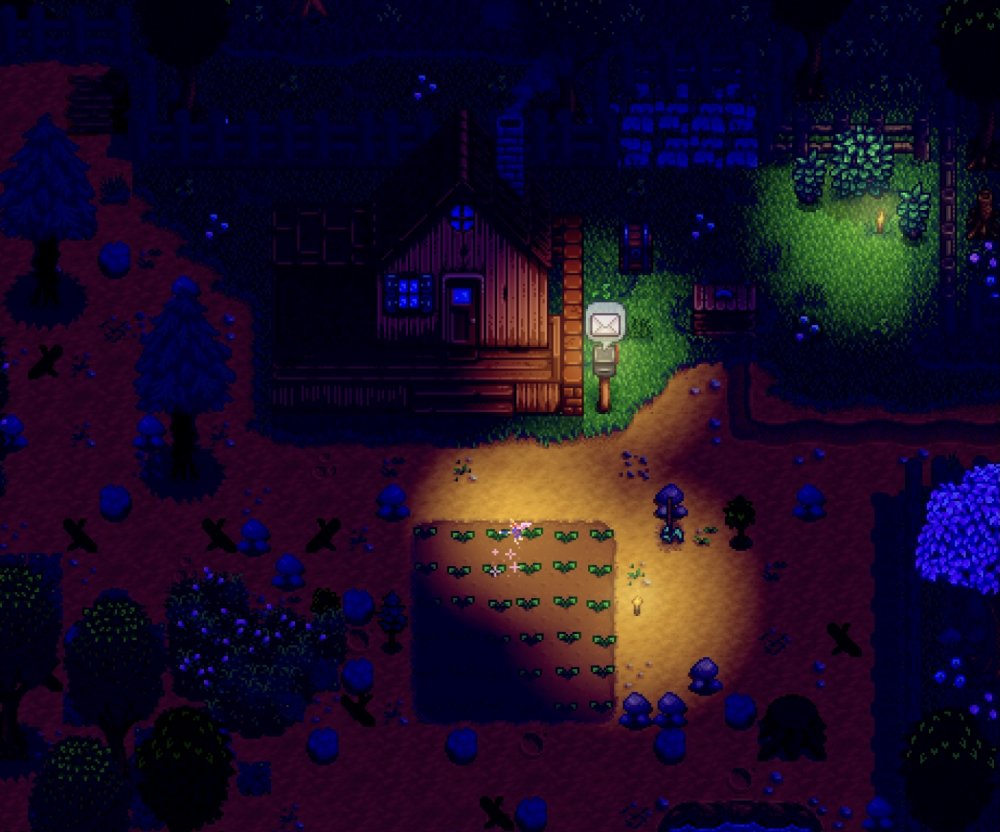 Person090 said:
I never thought in a thousand years I would get a coal tree, but here we are.View attachment 1068
Click to expand...

Coal tree? I searched the wiki and can't find any mention of a coal tree.

Rare event: I got a dinosaur egg in my first year from the quarry. It was my second save and I knew I could get to the quarry if I was diligent with the correct community center room.

Rhiannon said:
Coal tree? I searched the wiki and can't find any mention of a coal tree.
Click to expand...

When lightning strikes the fruit trees, they'll produce coal for a couple of days, even when out of season.

Ereo said:
When lightning strikes the fruit trees, they'll produce coal for a couple of days, even when out of season.
Click to expand...

oooooo. That explains it. My fruit trees are all inside my greenhouse. And I have a ton of lightening rods so the likelihood of a tree being hit by lightening would have been small anyway. I'll just keep pumping the wood into my coal making machine.

The only rare things I've had to happen is a fairy visited my farm like twice in one month. I was stoked lol. I also had a witch to visit on my last save file, but for some reason I made zero connection between her and the void egg I found xD. Unfortunately that save file corrupted and I thought the void egg was a decorative item, and never thought to hatch it :<. I hope to get another one one day soon in my new save!

LOL, I still don't think that's happened to me.

Not sure how to classify this one. On one of the farms I got and planted the ancient seed on day 8 of spring 1. Then fairy visited a couple of days later.

She missed the ancient plant 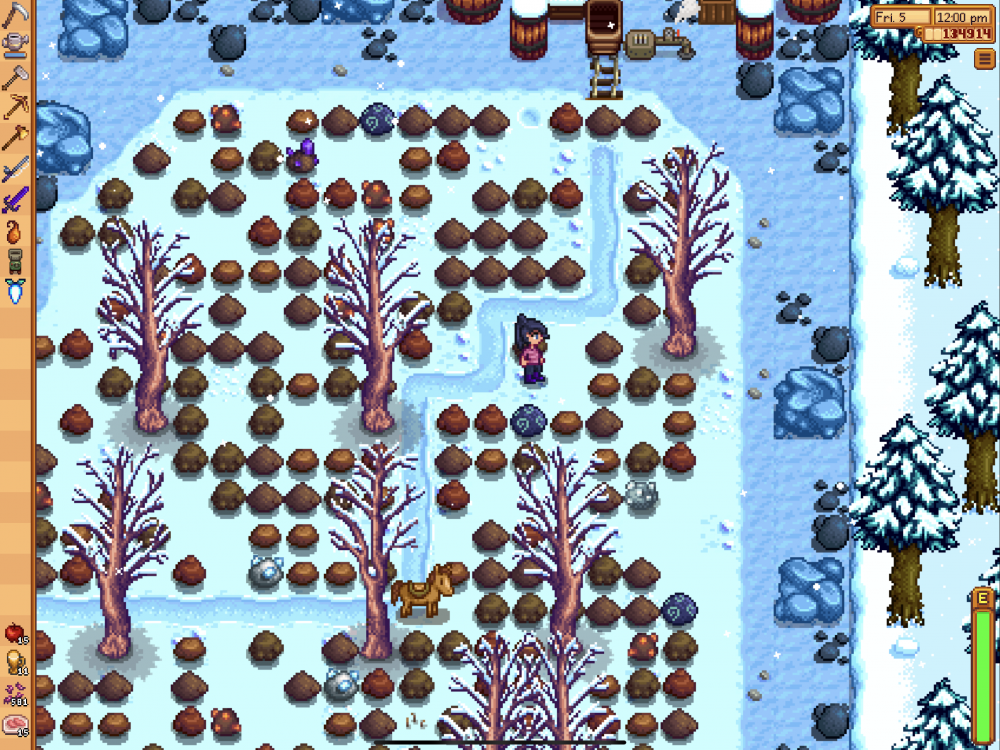 Wow! What did you get from them? A Prismatic Shard, I hope?

sunflower013 said:
Wow! What did you get from them? A Prismatic Shard, I hope?

I once fished at the beach and found a prismatic shard and a diamond with 6 copper ores as a bonus or something, that was pretty lucky. After that i just donated the prismatic shard to the museum since I already got one before from a mystic stone and trade it to get that purple sword

I know this is a lucky day from the fortune teller, but holy this is too much luck, I don’t even need to eat my lucky lunch, i thought the fishing one was lucky but i was wrong, this file is weird

Two Prismatic Shards and the Dinosaur Egg?? That's my total from 3 full saves plus at least 4 more taken partway through Year 1. I see from your top row however that you leave little to chance.

I expect to see at least 2 partial animal skeleton reconstructions in the Museum by noon tomorrow with all those bones or you'll be receiving a visit from the local Paleontological Society to establish a few ground rules. Or possibly to play some tennis, who knows? Feel free to include the Rabbit's Foot as clearly you won't be needing that little guy any more.

In this file I just started over I’ve been doing very minimal farming. I planted some pumpkin seeds I got from Gunther, and the one rare seed I bought from the traveling merchant and I was visited by a fairy on the 5th of Autumn. 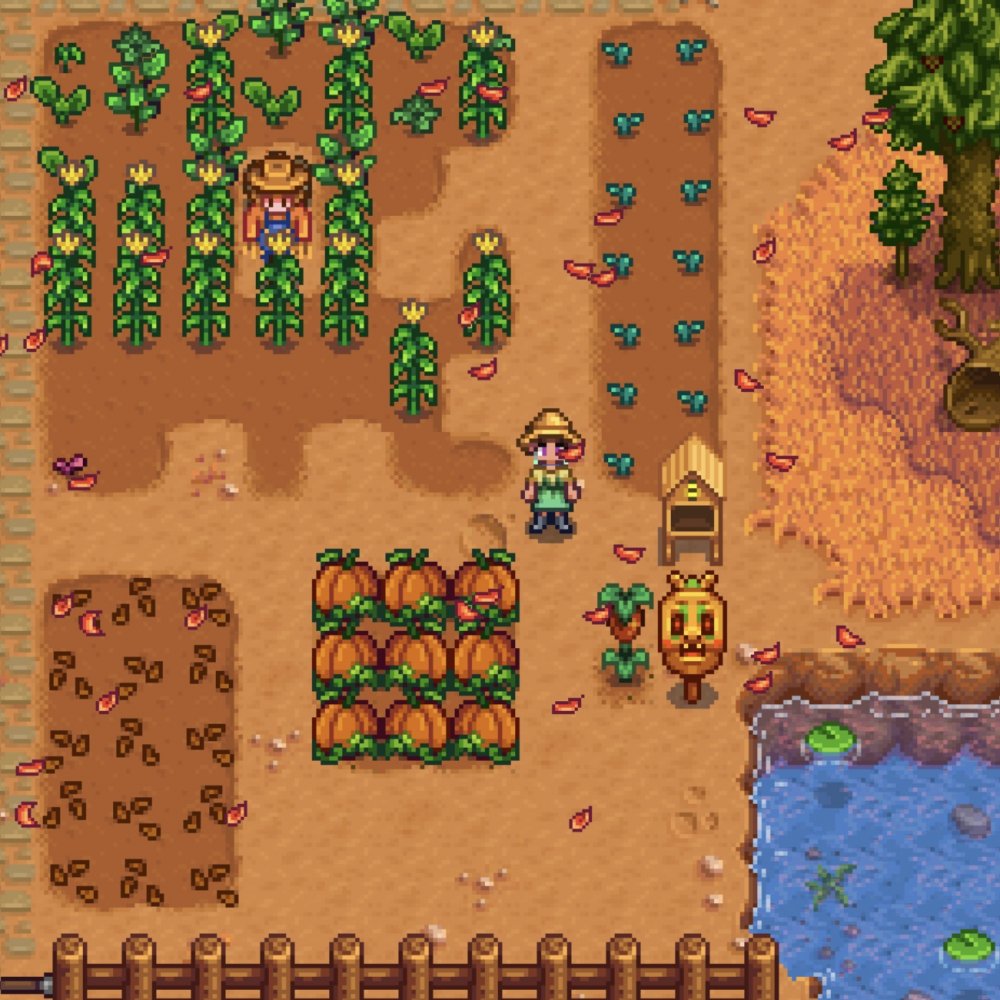