Most of the showcase farms are very busy, carefully designed, elaborately decorated places. I'm posting my farm to demonstrate that it's OK to be extremely lazy and do almost no decoration and very little actual farming. Hopefully this will inspire future Lazy Farmers in their (lack of) efforts!


What does a Lazy Farmer do? As little as possible! So I clear-cut the farm, and did my best to create a huge lawn to make sure no more trees grow, since they'd take a small amount of effort to chop down. I'd tell people to get off it

, but the NPCs are actually quite well-behaved.

I considered building some sort of sportsball field, since a farm is a natural place for that kind of thing. Sadly, the game does not support that.

The building to the left of the Keg Shed looks like a Barn, but is actually the Secondary Keg Shed. Which also includes the crystalariums, and the charcoal kilns and furnaces (probably never to be used again at this point). The building near the bottom of the map looks like a Coop, but is actually the Emergency Backup Shed, which will almost certainly never be used. Paint colors don't mean anything; I fiddled a bit with that feature at Robin's at one point, and this is what it looked like when I stopped.

Bill the Pony took up piracy on his way from Bree to Pelican Town, thus the hat.

The large pumpkin is from when I needed the last and most important Secret Note (#20). I planted a large (by my standards) field of pumpkins in Fall Year 2, and shortly afterwards of course the note dropped elsewhere. I think this was an example of the "complain about RNG on the forum, and the game will give it to you within a day or two" principle, but don't recall for sure. Obviously I let the pumpkins proceed and did indeed successfully engineer a large one.

You can see how I made an error and planted three fruit trees outside before I realized I'd be better off waiting to unlock the greenhouse and put all the fruit trees inside. And compounded the error by putting the apple tree one space too far down, forcing the path toward the original greenhouse location to detour around it.

I didn't realize the stable is supposed to go just left of the house until long after I'd placed it and planted the apricot tree, so whatever, it stays at the exit to town. Which was a decently useful location for it back when that mattered.

The Ginger Island farm (not shown) has 58 fairy rose beehives, ten pineapple plants, a few plants leftover from the Polyculture/Monoculture efforts (hops, tomato, eggplant, blueberries), and sometimes has a small field of 48 starfruit to make sure I can refill the cellar with starfruit wine.

Farmhouse interior (also not shown) is "decorated" using the "I will stick this somewhere it won't get in my way" method. It does have the full set of legendary fish in aquariums, though. 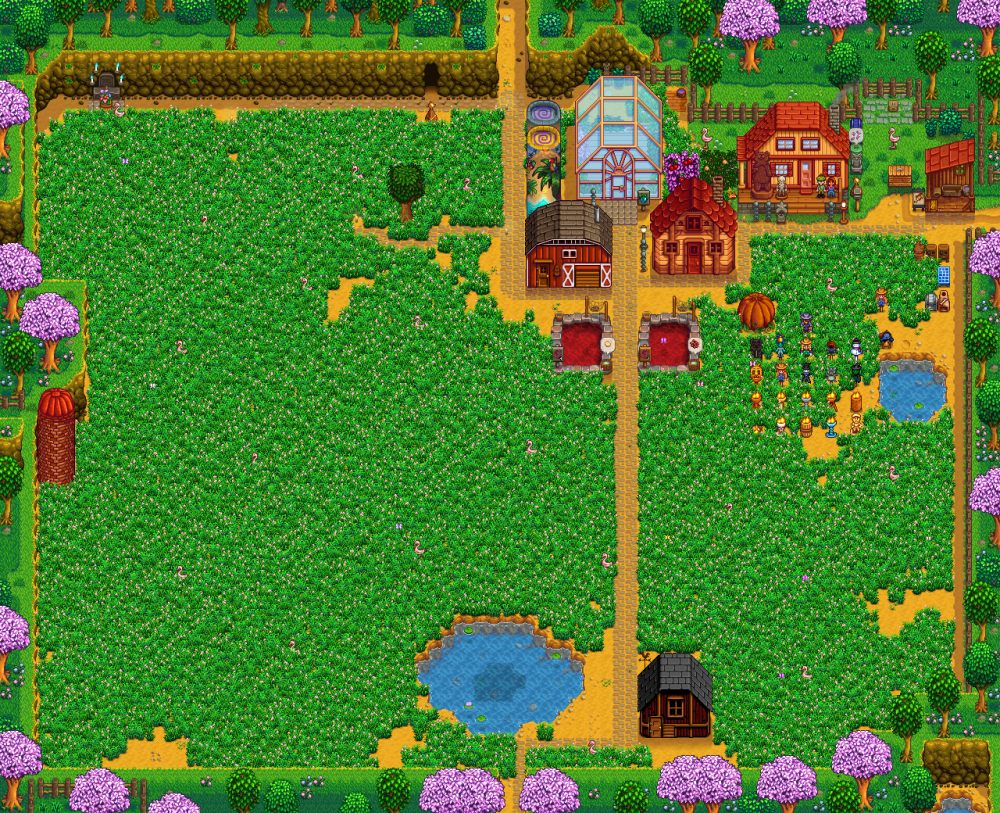 Since Slytherin is hard to see in the picture above, here is a close up of him in his natural habitat. This picture also demonstrates the Real Life mod; overall, I do not recommend it, though it does an outstanding job with the graphics and the cats. 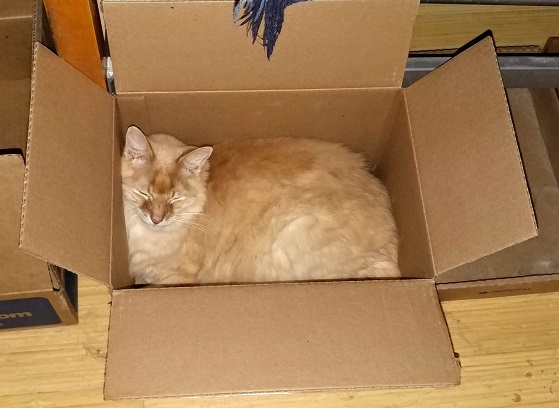 Close to sheer perfection but it would be just too much work to optimize it for any further laziness. You need to know when to cut your gains.

However using SDV Planner to design a baseball field facsimile is an interesting idea...

Lew Zealand said:
However using SDV Planner to design a baseball field facsimile is an interesting idea...
Click to expand...

When I was young, much of my extended family did have farms in both Wisconsin and Minnesota, and when we'd have large family gatherings these were usually hosted by someone with a farm. Whoever hosted always had a grassy field (mostly because it gave them space to maneuver crap around their farm) and it was always something of a tradition to play softball in said grassy field. They were, using the house for scale, much larger than any farm map we have access to without mods though. All the actual farming done somewhere that I never ventured because it wasn't the point, so what Gorblehat's made here really looks like the SDV equivalent of what I saw of those farms, to be honest. It's kinda eerie.

Eventually the clan spread too thin and now us city folk rely on someone to host that has a park with a baseball field nearby, sadly.

Love it. I have to say the flamingos were a nice touch, I didn’t see them right away lol. Also, shoot, now I have a new goal. This would totally would fit under r/oddlysatisfying(+stardevalley).

Would 100% pet sleeping kitteh, even if resulting in wounds (looks like a sweetheart though, so wounds probably need not apply).
Last edited: Aug 18, 2021

He is. He and his brothers were bottle-babies we took in when they were two days old. Ravenclaw and Gryffindor were adopted, Hufflepuff and Slytherin are still with me.

They're super-friendly, and think all humans exist to pet them. Sometimes we have to run interference, "Let the plumber do his job, he doesn't need your 'help'", etc.

Aw, heheheheheh. That’s so cute, the "helping" (or being a velcro kitty) for "petties" as my mom would call it when they are being bossy about it lol. Velcro kitties are the best, never a dull moment even when they drive us a little bonkers with their demands.

How long did it take roughly for the grass to reach that fullness?

CryogenCrystals said:
How long did it take roughly for the grass to reach that fullness?
Click to expand...

If you go nuts with the Grass Starters on Winter 28, it'll be mostly covered on Spring 1 and take only 3-4 days to fill in the remaining holes.

While I haven't cleared all my space out on the Beach Farm (as that would suggest untoward amounts of exertion), I have a big open patch that gets a Grass monolayer on Spring 1 and the animals eat from that throughout the rest of the year.

I thought I went nuts with the Grass Starters, but apparently 20 isn't very nutty. That did a good job but there were plenty of gaps, and I had to break my paths in a few places to help the grass grow to the other side (feels like there's a joke in there somewhere, "why did the grass cross the road?" or something. Can't be "to get to the chicken" since I don't have any...

). If I'm still playing in Year 5, which seems extremely unlikely, I'll do 30-40 starters, placed with better knowledge of those hard-to-grow spots. Which may mean I'd need to grow fiber seeds in winter, which sounds suspiciously like work...

Anyway, I think this screenshot was on Spring 20, so it took a fair bit of time to grow into all the gaps, and there are still a few places where it hasn't finished growing.

Worblehat said:
Which may mean I'd need to grow fiber seeds in winter, which sounds suspiciously like work...

Fiber seeds are fire and forget. They don't take watering. You just hoe the ground, plant them and walk away. 1 week later you scythe the heck out of it and get an average of 5.5 fiber per.