So, this is a long shot. The Save Anywhere mod doesn't look like it's going to be updated for 1.5 and there doesn't appear to be anything else like it.

Is there any chance that anyone knows what would be required to get such a thing working, or a new equivilent? (Or, as they say, of anyone who does?)

My mod experience is almost neglible, but if doing so would a relatively simple thing, with help, a heavy stick and the threat of a sound beating, I might be able to crib something (though I honestly don't know is specialised packages are necessary or whether you could do it through text-editing or not).

(Steam, has, helpfully, already screwed me up updating to 1.5 when I wasn't looking. In order to get back to my active saves, I would first have re-install SVE all over again, which is annoying as well. I hate that they took away the option to have "games only update when I let them.") 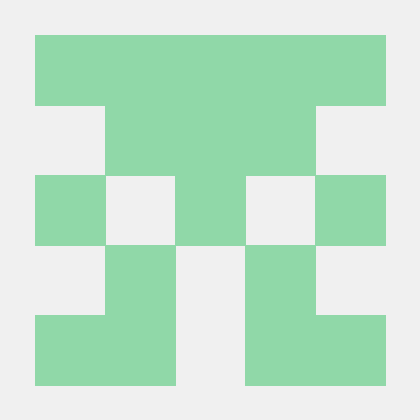 Contribute to CMiSSioN/StardewValley-SaveAnyware development by creating an account on GitHub.

Very much appreciated (by me and a lot of other folk, think!)

IMHO, it is a shame this feature has to be added by mod, cause on android version it is build-in - can't imagine any reason not to transfer android's saves management codebase to PC version and allow all users enjoy emergency saves feature not only mobile ones.

I've lost my SDV android saves in accident, than told to myself - "**** happens, but maybe it is a chance, it is a good game, why not to try modern 1.5+ version currently unaccessable for android users? i have win10(x64) tablet i can play GOG PC version, what can goes wrong?"
It goes wrong - i realized i literally can't play without keyboard (or without specific mods), i can't stop and resume game were i want and so on.
Worst of this - code for all of this already written - i can't understand why it can't be an setting for PC?
Last edited: Mar 16, 2021

I concur. (It's especially odd to me to have it in a game that doesn't having a competative aspect (so you can't in any real sense "cheat") and otherwise one that is pretty much all about chilling out and stuff and not stressing.)

As a case-in-point, less than a year ago I was having random and intermittant shutdowns on my desktop (which meant it took quite a while to track down the issue) and it was bad enough being terrified that you might lose your day-job work at any second (even with how frequently I save that), nevermind getting twitchy about your games.

I know for a lot of people this sort of thing isn't a concern (I mean, the existance and prevalence of ironman in games for one) and a lot of folk will say "well, it's just a few minutes" in SDV's specific case, but it's one that does bother me quite a lot. (I hate having to redo stuff I've already done, for one, it's often the faster way to make me rage-quit a game.) Lack of ability for (free) saving can be a deal-breaker for me more often than not. (I had honestly written off that save game, but I can now put it back on my ticklist of Stuff To Complete now, thanks to this.)

In the larger-than-SDV picture, in my personal opinion, now that the technical limitations of data are such that mandatory save points are (decades since) no longer a necessary requirement, they should have gone the way of the dodo (yes, JRPGs, very much looking at you specifically...) Especially if applied on one platform but not another.

Still, at least it CAN be modded in SDV, which is more than can be done on some games.

I see, we both on the same wave
"iron-mode" - make it optional, if ones enjoy suffering he/she/it/them can disable saving at all.
It really should be build-in
1. Saving by external mod have drawbacks - it is simulating "end-of-the-day" without really date change of course, but can have weird consequences prior to build-in code which can control process. And this code already written and not platform depended - i looked over it via reverse engineering.
2. I've paid same money as android user (even more i've bought game twice, in google play and GOG), why should i have worse service on PC? It is a very bad attitude

I re-installed everything up to date and had a go. After a good while trying to remember where the heck I was (apparently it was nearly to the day last year when I last played), I made a rush to Skull Cavern and tried a manual save before going in. The game locked up apparently part-way through the save, and on reload, it had remembered where I was and the time and such, but my inventory was not saved, and going back to the farm, all the plants and machines had been reset to the start of the day. After some fiddling (and thanks to the many sources of back-up saves!) I managed to get it back to the original main save. I did a test, making a save within the house (as I know Stardew Valley Expanded doesn't make any changes there location-wise), and and it seemed to work properly this time.

I have run out of time to experiment further this evening as to whether something actually went wrong or I'm just unlucky that it just fell over at that particular point. Tomorrow, I'll try saving INSIDE skull cavern, and see if it manages to save without crashing. It did that on the previous version. (I know that it was not supposed to work on areas that were not in vanilla; I thought the desert was save, but maybe SVE has done something since. Or maybe I always saved inside the entrance of Skull Cavern, I dunno. Like I say, I'll have another go tomorrow and see if I can work out what happened. With my luck, it could just genuinely be a random crash...!)

But I see your point about this being definitely a work-around! Still, beggars can't be choosers, as they say!

Edit: AH. No, actually, looking at the Desert wiki page, the map is altered in SVE, that's probably why it keeled over! Whoops. Like I said, it's been a year...! Inside's probably fine, then, but i'll verify.

Just a quick note for the sake of completeness: This time, tried saving in Skull Cavern (in the entrance point), not in the desert. Yeah. Turns out he that saves in a spot where the mod supports (i.e. a vanilla location), standeth chance of making mod work...!

It were last night just me being Teh Stupids.