thank ;D i hadnt rly thought of it as abstract type stuff, but i guess that description does kind of fit it ;D

i participated in Art Fight this year ! these r my fave things i drew 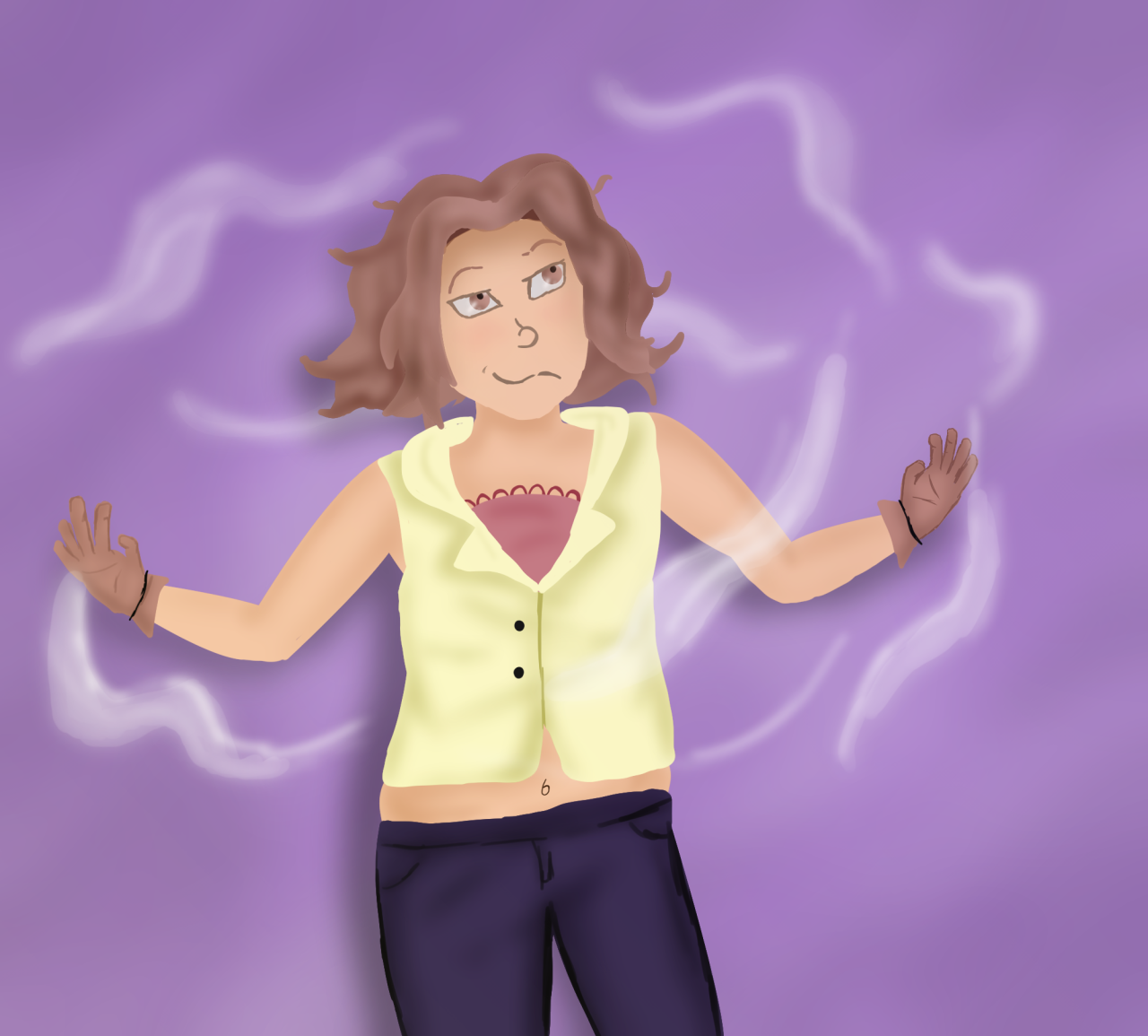 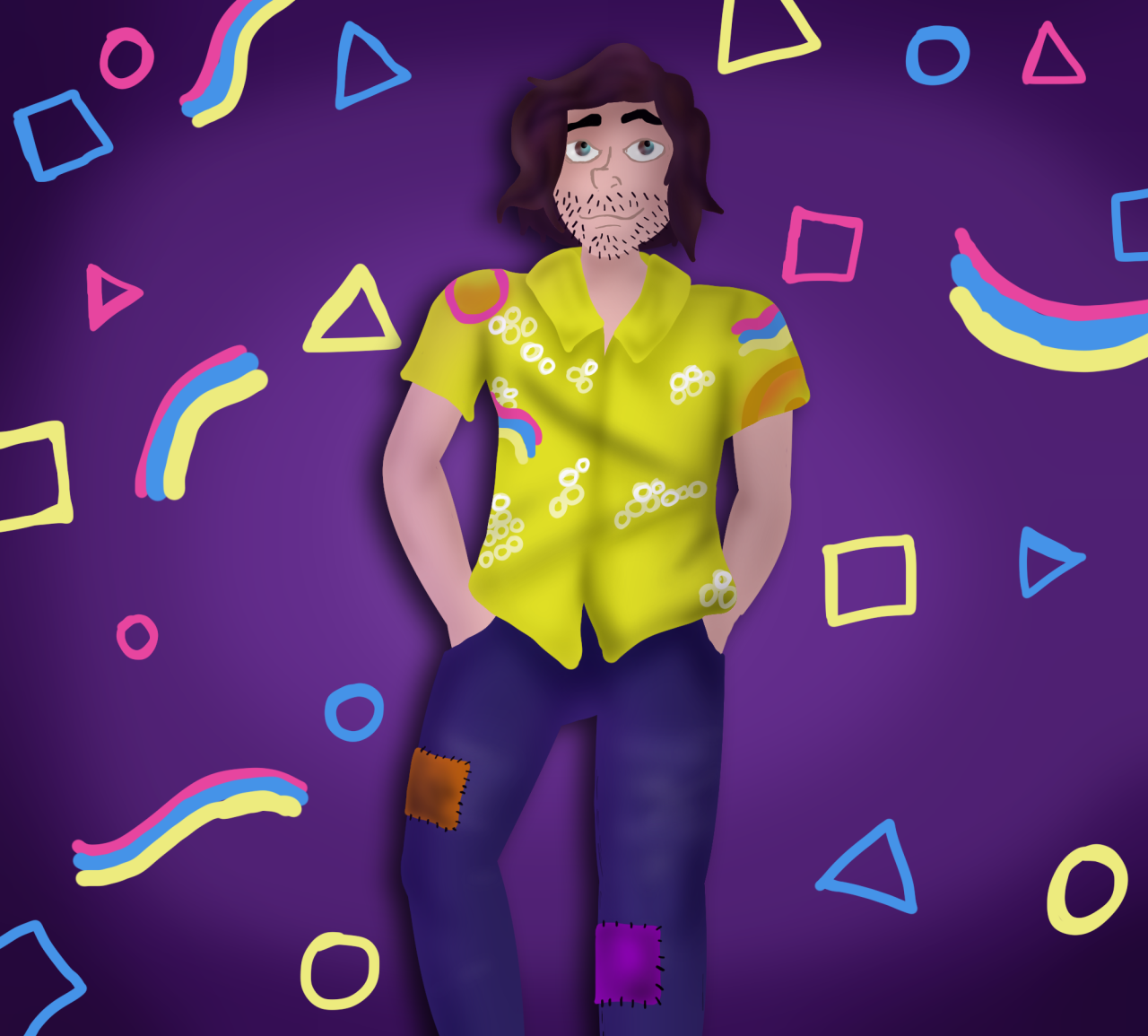 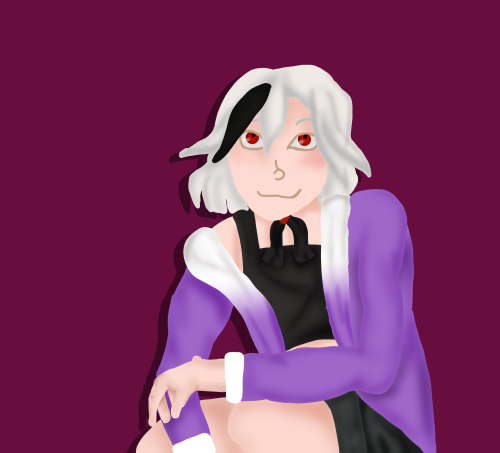 am looking forward to Art Fight next year !​ 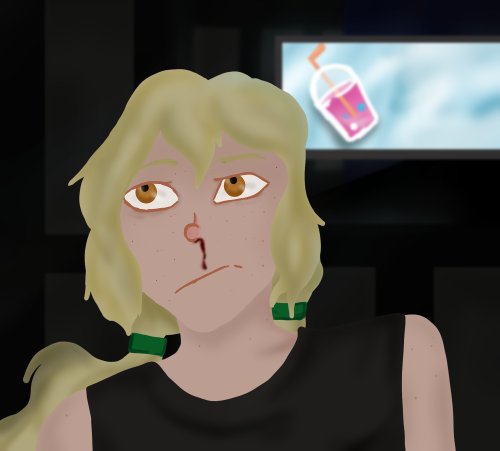 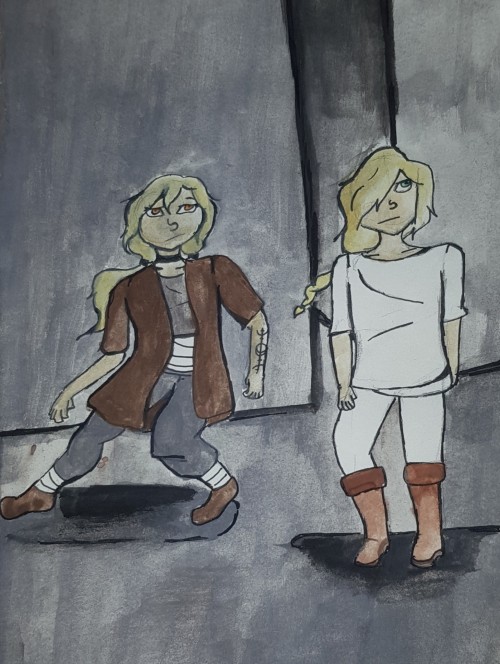 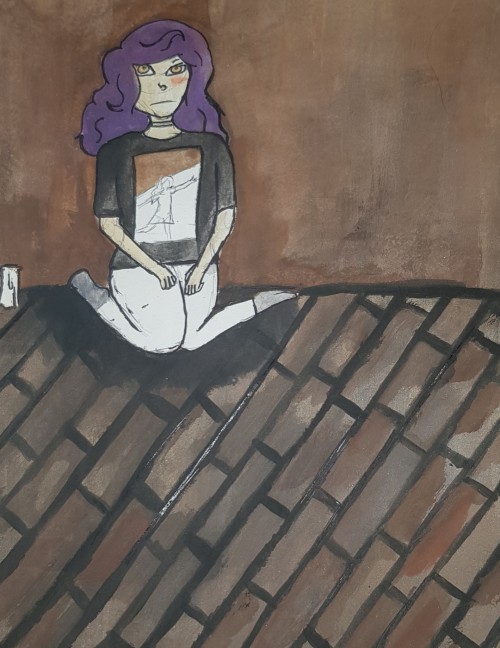 Staff member
wow i adore the watercolors, the one on the right is my favorite especially 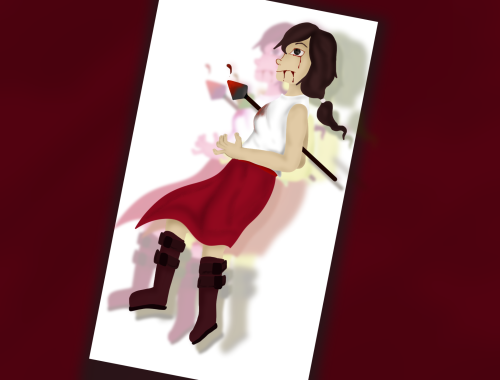 and my Among Us character 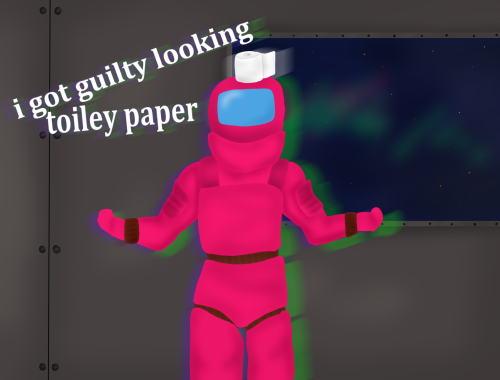 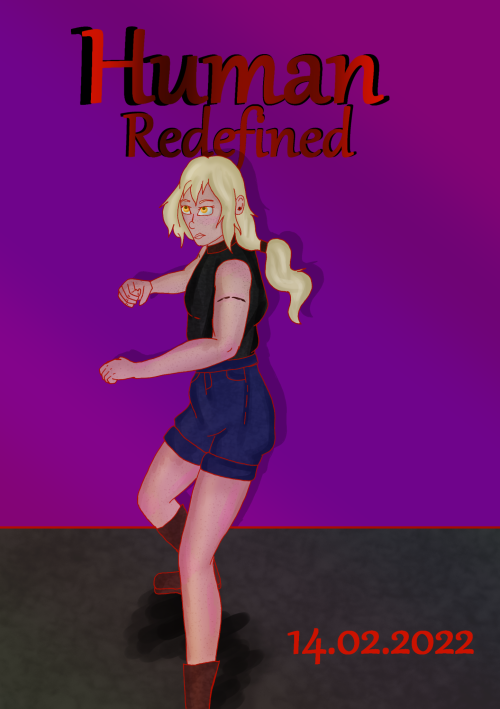 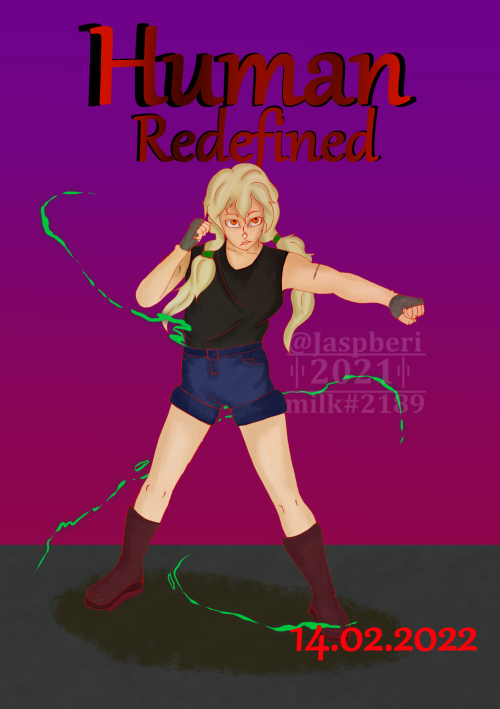 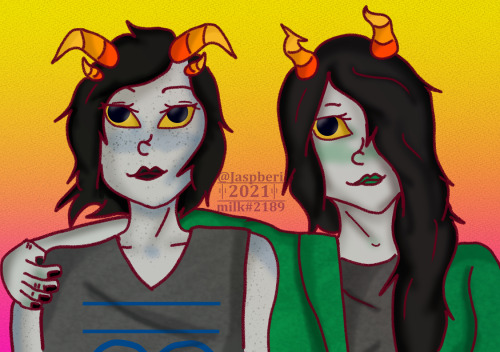 don’t think i’ve ever seen your watercolor stuff jas, but those look great

I dont tend to post my traditional stuff as much, so it makes sense that you wouldn't have

and here's a lil bit of the novel !

"
It was the first day of a new year, first day at a new school.
It hadn’t exactly been within Nish’s plans to change schools so late in her education . . . but her old school burning down wasn’t exactly within her control.

She was lucky at least that some of her friends had chosen the same school as her to transfer to, they could endure the awkwardness of transferring to a school where everyone already knew everyone together.
Nish felt a tug at her hair, and spun around, ready to scold whoever had touched her hair, but softened at the sight of her girlfriend.
She hadn’t seen Alexa at all during the holidays, they didn’t live near each other and usually saw each other during the school year.

The fire midway through last years last term had meant they’d spent more time apart than usual, Nish hadn’t dared suggest one of them stayed at the others’ house.
Alexa leaned into Nish’s side, wrapping one arm around her waist, careful not to catch her hair under it, ‘seen the others yet?’

‘Only Seraphina,’ Nish rested her chin on top of Alexa’s head, ‘she looked pretty unwell.’
Alexa winced, ‘she had a rough summer, her parents are only letting her come here because the school has its own doctor and nurse, and they’re really good ones too.’

‘We should go with her to meet them,’ the pair start walking, ignoring the crowds of students entering the school along with them.
Nish hadn’t been too sure about this school, but her grandmother had been pretty insistent, and the fact that Alexa was going to be here helped a lot too.

Glancing over her shoulder at the steadily darkening sky, Nish mourned the fact she wouldn’t be seeing much daylight during the school term.
Due to the amount of students sensitive to the sun, the whole school operated on nocturnal hours. "

I reset my laptop and now I gotta get my settings all figured out again, woo
tried a new brush for this sketch ! 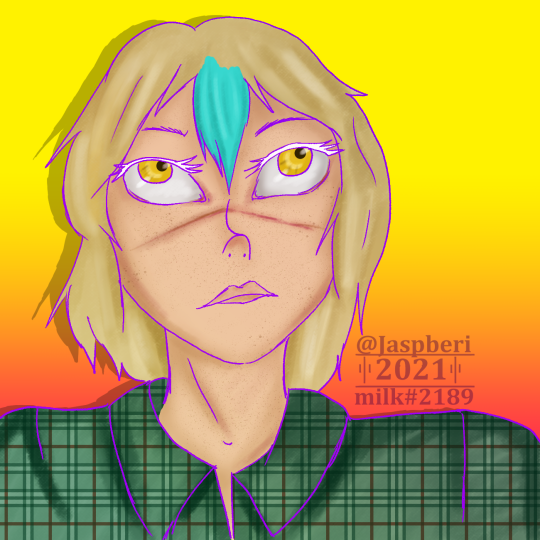 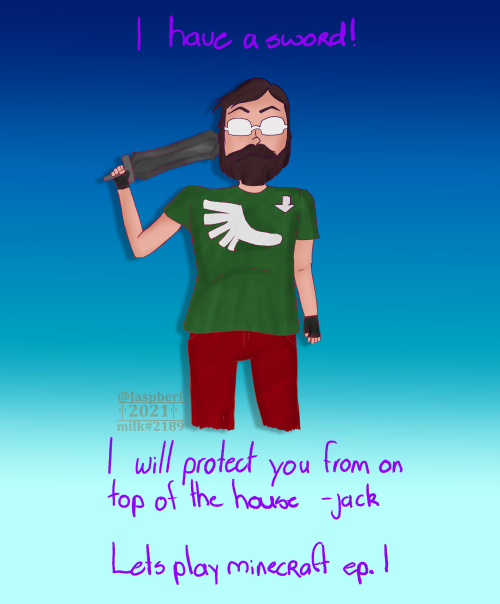 today I offer Cherry Magic art, and some of what I've written:

They had half a week before classes started, so Nish was taking the time to explore the grounds.
The grounds of the school seemed endless, Nish had figured out that each of the houses had their dorms in a different corner of the school. Her own house, the possums, was at least closest to the kitchens.

Currently Nish was outside, she’d found the gardens and was walking through a large patch of pumpkins.
It was strange being outside, looking up and seeing the night sky.
‘Admiring the sky?’ came Natasha’s voice, Nish didn’t see where she came from, but was pleased she at least didn’t jump this time.

She’d mentioned it to Alexa, and Alexa had experienced the same thing.
Natasha just always seemed to know exactly where anyone was and be capable of sneaking up on them with ease.
Nish noted that Natasha was currently wearing a shirt she often saw Summer wearing, Nish wasn’t actually sure who the shirt belonged to, neither seemed to wear it more often than the other.

‘More just exploring,’ replies Nish, she leans back against one of the larger pumpkins, briefly wondering who manages the grounds.
Natasha tilts her head, ‘found all your classrooms yet?’
‘Not quite, but Alexa and I share most classes, so at least I’ll have someone to get lost with.’
‘I’m sure Summer and I can help you not get lost,’ says Natasha, she perches on top of a pumpkin, leaning back to gaze up at the stars.
Something about Natasha looks . . .different under the night sky, theres almost a blue tinge to her skin.
Nish still has no idea what either Natasha or Summer are, but she’s sure they arent witches.
Natasha sits up, flipping through the book Nish hadn’t realized she’d been holding.
‘We have english, french and math together,’ drawled Natasha, Nish suddenly realized that it was her book Natasha was flipping through.
Straightening up, Nish took the book back with a sigh.
All the classes Natasha had listed had been general classes, none were magic or species specific.
It was, however, useful to know she knew at least one person in her French class.
Natasha beamed at her, leaping to her feet and twirling on the spot, ‘coming back in for lunch?’
‘Sure, any idea where Alexa is?’
‘I might know,’ Natasha blinked owlishly at her.
‘Are you going to tell me?’
Natasha shrugs, they start walking back up to the castle together, Natasha maintains a careful distance, ‘you’ll see her soon.’


Vasi paused in stirring the potion they were working on, ‘did you grind the acorns?’
Nish held in a sigh, and nodded, sliding the small bowl over to her partner.
‘Put it in the potion,’ Vasi rolled her eyes, continuing to stir and quirking an eyebrow.
Nish glanced towards the instructions they’d been following, briefly skimming through to find the exact instruction before picking up the bowl and careful pouring it into the pot as Vasi stirred.

Vasi pointed to their last ingredient and Nish grabbed it, waiting a moment before carefully adding it to the potion, they both watched as the potion changed from the sickly green it had been to a shimmering lavender.

. . . two of my sonas
minesona and animal crossing sona